“Since Adam And Eve Were White, Where Did Black People Come From”? He Asked 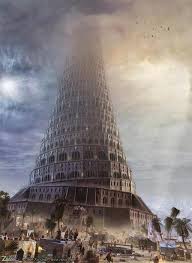 I recently read a story in a Christian publication in which a 7 year old (*African American) boy asked a provocative question:  “Since Adam and Eve were white, where did black people come from?”

“Out of the mouths of babe’s….” as the saying goes.

The author asked why the child thought they were white and the boy’s answer was, that was what he always saw in Bible story books.

Being white myself, that was something I never really dwelt upon!  Good call, kid!

But, take heart, there is a reasonable answer and not one which should make anyone feel “inferior” as the author pondered. 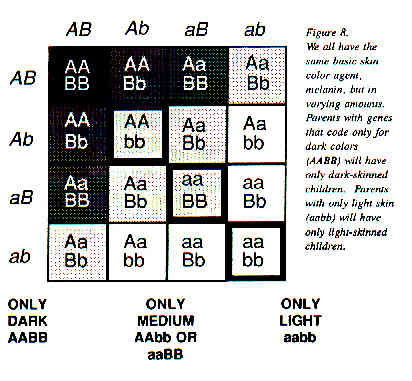 The answer is: we don’t know exactly color their skin was, although most likely and factually, they were a mid tone.  More importantly, it’s irrelevant.  If we believe the Bible is the inerrant Word of God, we know that we all came from Adam and Eve.  If we believe it is the inerrant Word, then we must surely believe God knew the history to come.  And we can believe that He placed the varying genetics within each person for all skin tones.

Eve was created from Adam and thus is genes. If their genes had been AABB, the world would be populated with dark skin people. And equally, if they had been aabb, the world would be much lighter skinned people. That tells us they were likely AaBb and who’s children would easily very skin tone, giving the world the lovely variety we now have… and yet, all related.

The tower of Babel (which we know God saw as evil) was the beginning of races, ethnicities.  God “confused” the language of the people and thus, they were divided up according to language.  They then divided themselves up according to what they could ‘understand’ . . . and then He “scattered” them throughout the world. (read Gen. 11)

So we have the human race divided, by God, according to different languages.  As believers, we surely realize that God foresaw this event (He is Omnipotent and All Knowing -Omniscience, if you believe the Bible).  So it is not a stretch to understand that God placed specific genes within his creation — genes which would become predominate after these people grouped together, made homes, lives and started to marry. The ‘hidden’ genetics in these people became predominate and as a result, skin tone and shades emerged, as eye and hair color, etc.  God’s wisdom is breathtaking, isn’t it.

We had the beginnings of races and nations. This was by God’s specific design.

Who is to say what color skin Adam and Eve had?  The Bible doesn’t say — it simply doesn’t matter.  We’re all human from the same source, with the same Creator.  But if I had to guess, I’d guess Adam and Eve looked more like Hebrews, Jews, than they did Brad Pitt and Angelina Jolie, but that’s just a personal assumption.

I would hate for any child to have this question go unanswered!  There is an answer — which is, as I said:  we don’t know and it doesn’t matter.  We all have the same source and no doubt, hidden genetics that connect us all!  I hope that’s what we teach all of our children (though I know it’s not).  There should be no bigotry or racism coming from white men or black men, brown men and ‘yellow’ men.  We’re all human beings who came from Adam and Eve, created by God. 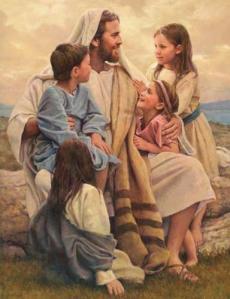 *I have a personal objection to the term “African American”… a person is either African (who can be ‘white’  (Charlize Theron) or American which isn’t a color, but a county.  There should be no objection to the word “negro” as it simply means ‘black’.  But these darker skinned people aren’t particularly ‘black’  — just a darker toned than other people.  So in the end, why does it have to make such a difference?  That in and of itself is: divisive.  All we need to see is a person.

134 comments on ““Since Adam And Eve Were White, Where Did Black People Come From”? He Asked”