Put Your Hands Down, Stop Shooting Your Mouth Off . . . . . And Get Some Educated Facts

Unlike others who have ignored the evidence and grand jury testimony as they perpetuate the ‘hands up, don’t shoot’ lie

while destroying private property and endangering innocent people by blocking traffic and overtaking malls, Barkley thinks it is important to pay attention to the testimony given to the grand jury because that is what tells the true story.

He continued stating, “key forensic evidence, and several black witnesses that supported Officer Darren Wilson’s story for the first time Monday Night. I can’t believe anything I hear on television anymore. And, that’s why I don’t like talking about race issues with the media anymore, because they (the media) love this stuff, and lead people to jump to conclusions. The media shouldn’t do that. They never do that when black people kill each other.”

Saying that those rioting and looting in Ferguson are “not real black people,” but rather are “scumbags,” Barkley took a stand for the police. Obviously not agreeing with the narrative put forth by race baiters like Jesse Jackson that police are using young black men as target practice, Barkley said, ““we have to be really careful with the cops, because if it wasn’t for the cops we would be living in the Wild, Wild West in our neighborhoods. We can’t pick out certain incidentals that don’t go our way and act like the cops are all bad. Do you know how bad some of these neighborhoods would be without the cops?” here

It seems to be more relevant when a black America spouts the same common sense, reason, truth and facts, which are touted by white Americans, when any race issue is involved.  I must also say there is no evidence that the death of Brown had anything to do with race, but bad, aggressive behavior by Brown . . . that being said, the rioters in Ferguson don’t give a twit about Michael Brown. Only their personal radical ideology, firmly embedded in racial hatred of white people and a Socialist agenda.  These are the same whacks we saw in the equally phony ‘occupy Wall Street’ movement. 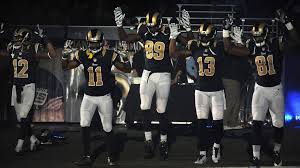 The disease of Liberalism, denies facts and snuggles up to whatever political chaos the Left is currently creating. . . one more thing we can thank Obama and his corrupt regime for adding to the incitement. And now a few idiots of the St. Louis Rams decided to expose their idiocy to the world in their ‘hands up’ tantrum, throwing their support behind the lie. I hope they’re fined and punished.

This is all adored by the radical Left, which by necessity must included the majority of Democrats, headed by ‘leader-from-behind’, Barack Hussein Obama.  He not only never allows a “crisis to go to waste”, he’ s eager to have the opportunity to create one whenever he can.

It’s been made clear that Barack Obama, Eric Holder and the “regime” have no shame, no respect for America nor Americans, no qualms of lying to our faces, as they pushed their agenda forward, using every phony chaos and crisis they can muster.  Obama has some direct responsibility for the mess in Ferguson.  Sending the buffoonish Al Sharpton down there was simply to keep the chaos alive.

Barkley is correct. What a crying shame that the louder voices don’t care about the truth or facts, much less the image of black Americans who correctly shun the riots and chaos, created by a few. He’s also correct that we can’t trust our ‘news media’, who is more involved in creating and crafting their agenda of the ‘news’, than doing any accurate reporting.

Our country won’t be able to move forward until people spend more time shutting up, listening, and thinking. Hopefully it’s not too late for the quieter voices, the thinking, calmer minds to be heard. But it’s extremely doubtful they’ll ever be heard on most ‘news media’.